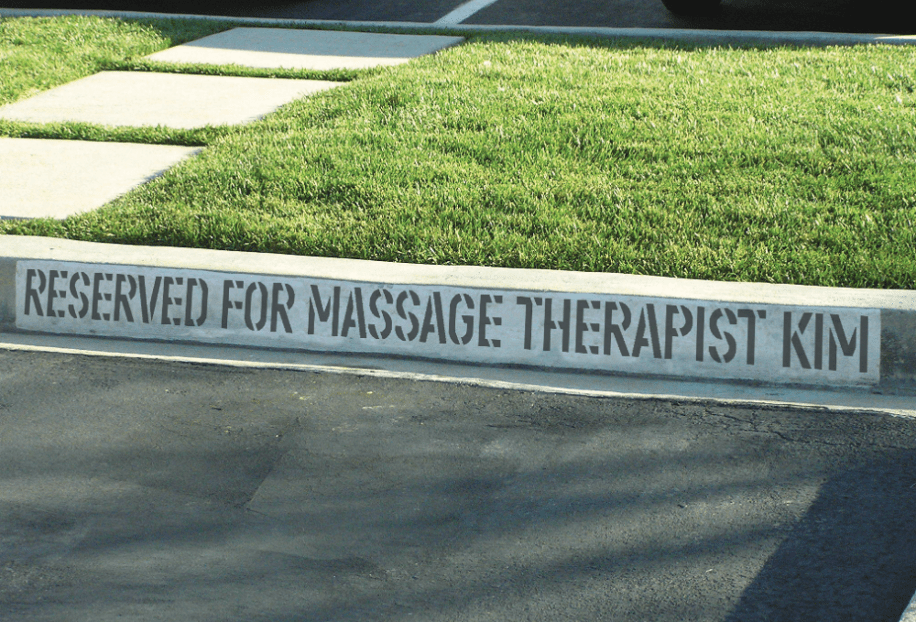 COMPENSATION FOR
A NEW ERA

WHEN SPA DIRECTOR BENJAMIN DONAT began preparing for reopening at Fairmont Hotel and Resorts in Austin in 2021 after spa facilities were closed for more than 18 months, he was doing so in a whole new world. His most immediate challenge was finding staff after only two of the spa’s 25 employees returned to work. “Compensation was one of the reasons why,” he says now.

Finding new people in a time of tremendous wage pressure is no easy task. When your compensation structure is not aligned with the market, that task becomes exponentially harder. Donat called on his peers at other spas in the Austin area for insight into just how much pay levels had changed. “We conducted a wage analysis to see where we were lacking and what other spas were paying,” he says.

After reviewing that pay data, Donat raised the employee service hour fee by 30 percent to bring it to a competitive standard. The spa also raised commissions for all providers and staff and made sure contractors would not lose out on any earnings if they signed on as employees. The spa raised prices for its services in order to offset the resulting costs from these higher pay levels.

However, recognizing that he could only increase employee pay so much, Donat made some adjustments to help increase employees’ earning potential. The most significant change was to reduce service time from 60 minutes to 50 minutes. This extra 10 minutes allows employees to fit in one extra service if they choose. “That raises their hourly wage even more,” he says. Donat also introduced some new perks, including free parking and lunch, for employees.

As a result of these changes, the spa is forecast to increase revenue this year compared to 2019, its last full year of operation, while also increasing staff retention significantly. However, Donat recognizes that the talent market is still in flux so he will revisit this new compensation structure every six months to make sure it remains aligned with the market.

Clear the path
When it comes to changing pay, it is important to have a clear idea of why you are doing so and what you need and want to achieve. When Jim Root, former general manager of Sedona, Arizona-based Mii Amo Spa, was revamping employee compensation, he had three goals in mind. The first was to ensure that its employees earned a living wage (not a simple goal in an expensive resort town) that reflects the value of their time and experience. The second was to tie service cost to the guest to pay for the employee. “There’s no way not to link cost per minute and compensation per minute,” he says.

The third goal was to attract more talent. In Root’s case, competition for talent was not always coming from other resort properties but from the lure of less demanding career options. “People don’t want to work like they did in the past,” says Root. “They want something else.” Quite simply, he had to find a way to make people want to stay in the industry and come work for him.

Before tackling compensation, Root considered how management could support employees. For example, massage therapists need to maximize the use of their time and, by extension, their pay. “We have to respect their time,” he says. Except for required training and other administrative tasks, “the time between appointments is not compensated so it is management’s responsibility to minimize that time,” he says.

Root is also committed to sharing both positive and negative guest feedback and addressing problems and complaints proactively. “When something goes wrong, we conduct a source/cause analysis to identify where the problem started,” says Root. “This is not a punitive process; it is about accountability.

With this support in place, his next challenge was to develop a compensation system to meet those goals. The spa assigns each provider to one of three service tiers, each with different levels of base compensation. Root says that providers are slotted into a tier based on their level of experience and other factors. Providers have an opportunity to move to a higher tier during performance reviews based on their skills, performance, guest comments and requests and other factors. Providers may also receive a 20 percent gratuity that is automatically added to the customer’s bill. However, the customer has the option to increase, reduce or eliminate the gratuity entirely.

Support staff pay also changed. Hourly employees who provide support services receive base pay plus a portion of a bonus pool funded by a five percent service charge to the customer. “That pool is distributed based on acknowledged contributions to guest service,” says Root. These payouts can add up to $5 per hour depending on the level of business that day.

DEVELOPING AN EFFECTIVE COMPENSATION SYSTEM requires both clear overarching goals and attention to detail. With 15 locations in the U.S. and Puerto Rico, Brennan Evans, senior vice president of operations for Trilogy Spa Holdings, is used to getting compensation systems up and running and has identified 10 key elements of a successful pay program.

1. Like Donat, Brennan sees data as an essential tool for designing pay programs. If you are developing a brand new compensation system, he suggests conducting a comparative study of competitors by size, level of services and customer utilization by service and service cost. If you can’t get specific information by position, he suggests focusing on broader job classes instead. This data can also come from regional wage studies by role in adjacent industries like hospitality and retail if spa-specific data is not available.
2. Look at each element that makes up total pay, including salaries or hourly pay, pay as a percentage of the service fee for treatment, commissions, and the portion of automatic service charges. For example, his company’s Scottsdale property gives the provider 18 percent of the service fee with another two percent going into the pool to be paid out to administrative staff based on hours worked.
3. Keep compensation in sync with hotel partners’ pay levels for hotel staff or slightly higher.
4. Remember that employees have the power to resign and they may be hard to replace.
5. You can’t keep raising pay indefinitely. Look for ways to reward employees outside of cash compensation, such as extra vacation hours and training (that can be tied to your own standards ) for CEU credits, and paid time off to volunteer in the community.
6. Because pay is tied to service fees, consider giving automatic pay raises when you increase prices.
7. Create meaningful incentives that will motivate better results. One property has developed an incentive system that increases commissions as performance rises. For example, those involved in retail sales receive higher commissions based on overall sales, customer rebookings, tenure, hours worked, and other metrics. ”The change in tier is based on the value they bring to the organization,” says Evans.
8. Measure the impact of incentives. Evans noted the sharp increase in customers upgrading to CBD oil instead of choosing massage oil. Employees felt comfortable suggesting the upgrade because “they get behind anything that they believe in,” he says.
9. Reward professional development as employees begin offering new services, like deep-tissue massage, that are in high demand.
10. Show employees how they can control how much they earn. Take the time to map out how an employee’s paycheck can increase by taking certain actions and achieving specific goals.

Provide the tools for success
Changing pay is not the end of this process. Employees need to be able to achieve the goals assigned to them so they can earn their living. When Johanna Lastennet, director of Spa Ovarium in Montreal, began paying commissions to receptionists for retail sales, most of those employees had no experience in sales.

To ease the transition, she developed training to increase receptionists’ product knowledge and to help them get comfortable with the sales process. “Treatments and products take time to explain,” she says. The training emphasizes that making these sales is an opportunity to reassure and take care of the client.

Lastennet also considers pay to be just one part of improving the entire working experience for employees. “Everything is connected,” she says. “You can’t stop at salary.” For example, the spa introduced a more consistent and predictable scheduling process to help employees better manage their work/life balance. She also changed the spa’s opening hours to avoid early
morning starts, which is particularly important to employees during a Montreal winter.

At the same time, Spa Ovarium increased base salaries for both therapists and receptionists, while also rethinking its menu of services and its pricing. To attract and retain staff, Lastennet began awarding $1,000 retention bonuses and began offering bonuses for referring new employees to the spa. Existing staff also plays an important part in welcoming new employees by having new employees shadow a staff member on their first day. Lastennet considers this an important way to get the entire staff involved in everyone’s success.

Above all, Lastennet urges spa professionals to observe the Golden Rule, treat people as you want to be treated. From her perspective, the spa would have faced high turnover no matter how much they paid their staff if employees’ day-to-day experience had not improved. “You can’t make up for poor working conditions,” she says.

Keeping pay levels tied to the market can be the difference between a thriving business
and a struggling one. Here are some ways to make sure you are keeping compensation on
an even keel.

DO: Look at pay levels and incentive opportunities on a regular basis. How frequently will depend on the amount of turnover you are experiencing, the amount of available talent in the local market to fill specific roles and how difficult it is to hire new people.

DO: Look for compensation insight and data wherever you can find it. For example, Donat of Fairmont Hotel and Resorts asked spa directors throughout the Austin area to gather compensation information with the promise to share the complete data set when it was completed. “We may be competitors but we can still learn from each other,” he says.

DO: Think through in advance what, if anything, you are willing to do if people start quitting, such as making counteroffers or offering retention bonuses or other incentives. The key is to be intentional using well thought-out guidelines of what you can do from a compensation perspective and why.

DO: Understand strong communication is crucial when changing pay programs. Employees need to know how they can maximize their pay. And if you can’t easily explain an incentive program, it may be too complicated or confusing to work effectively.

DO: Recognize training is essential. If you implement a pay program that ties a portion of pay to product sales or other goals that require specific skills and knowledge, make sure those employees have access to any training or mentoring necessary to be successful in that part of the job.

DON’T: Forget that retaining and motivating employees is not all about pay. A supportive work environment, attractive benefits and flexible work schedules can do a great deal to retain talent, even if they get a better dollar offer elsewhere.

DON’T: Underestimate the role of managers in keeping employees. People don’t leave just because of pay but because they feel that they are not appreciated.

DON’T: Expect pay to remain a secret. Thanks to the wealth of salary information online through web sites and social media, not to mention old-fashioned gossip, it is safer to assume that people have a good idea of how much their peers are making.

DO: Be willing to adjust if a pay programs is not working as well as expected. “I am on the floor every day because I don’t make decisions without seeing what employees do and experience,” says Lastennet. “Without that, employees don’t trust what you are trying to do.”