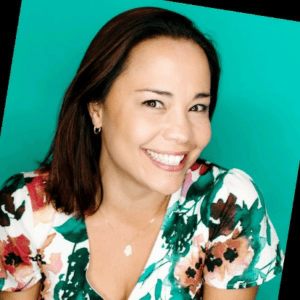 Rianon started her career in the Spa Industry as a Nationally Certified Massage Therapist and Health Educator Rianon graduated top of her class from the National Holistic Institute, in Emeryville CA.  Her interest in the field of Massage Therapy came from growing up as a competitive dancer where she developed a fascination with the human anatomy and physiology.  After she graduated, she began working with a California Chiropractic President, Dr. Maria James, which helped advance her knowledge in the practice and they worked as a team to create lasting results.

Within a few short years, she was employed by the Ritz-Carlton in Half Moon Bay, CA where she worked with an elite team of service providers to create luxury experiences and learned the value of customer service excellence.  She was voted Five Star nominee for 2009 and received Certificates of Excellence on the Mystery Shopper Report for 2010.  She was then promoted to Spa Therapy Supervisor where she had the opportunity to cultivate her skills in a Management position.

Moving back to Florida (her home state) Rianon began working for Everest University as a Massage Therapy Instructor.  She worked with an outstanding team of experienced and extremely knowledgeable teachers that inspired new generations of massage therapists to understand the complexities of the body while also offering guidance and business knowledge to achieve prodigious success after graduation. The experience added to her excellence in customer service and practical applications.

Rianon was appointed Assistant Spa Director at the iconic Don CeSar Hotel in St. Pete’s Beach and with the guidance and support from the leadership team at Arch Amenities Group (formally WTS International) was soon promoted to Spa Director where she won Spa Director of the year in 2018.   She has had the honor of working alongside an award-winning team of service providers and her spa was voted Best Spa in 2021 Best Of Survey from Visit St. Pete/Clearwater.  Working alongside the Spa Oceana Team Members, especially during recent times, has been a humbling but deeply inspiring experience for Rianon. Her team’s dedication and compassion have contributed to their success.

Rianon was recently promoted to Area Director at Arch Amenities Group while continuing her role as Spa Director at Don CeSar, now also oversees sister properties in Clearwater and Tampa.  Being part of a talented network of Spa Directors and focusing on driving corporate initiatives while achieving client goals remains an exhilarating experience for her.  She appreciates sharing success stories and strategies and is grateful to partake in the support needed to grow the industry as the spa market flourishes in the beautiful State of Florida…..as well as having partnerships like the Florida Spa & Wellness Association to share it with.

When Rianon is not working, she finds peace and serenity by spending time exploring the beautiful sites of Florida with her daughters.  Whether it’s kayaking in Crystal River, climbing trees at TreeUmph, or seeing a concert at Amalie Arena, she always enjoys an adventure with them.  She also enjoys painting and has recently been inspired by the Van Gogh exhibit…. expressly motivated by the mosaic at the Spa Oceana Front Desk. Taking time to enjoy the simple things life has to offer, using her creativity, and being able to share that with the ones she loves brings happiness and balance into her life. 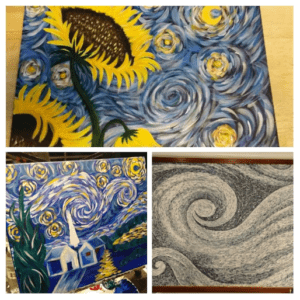