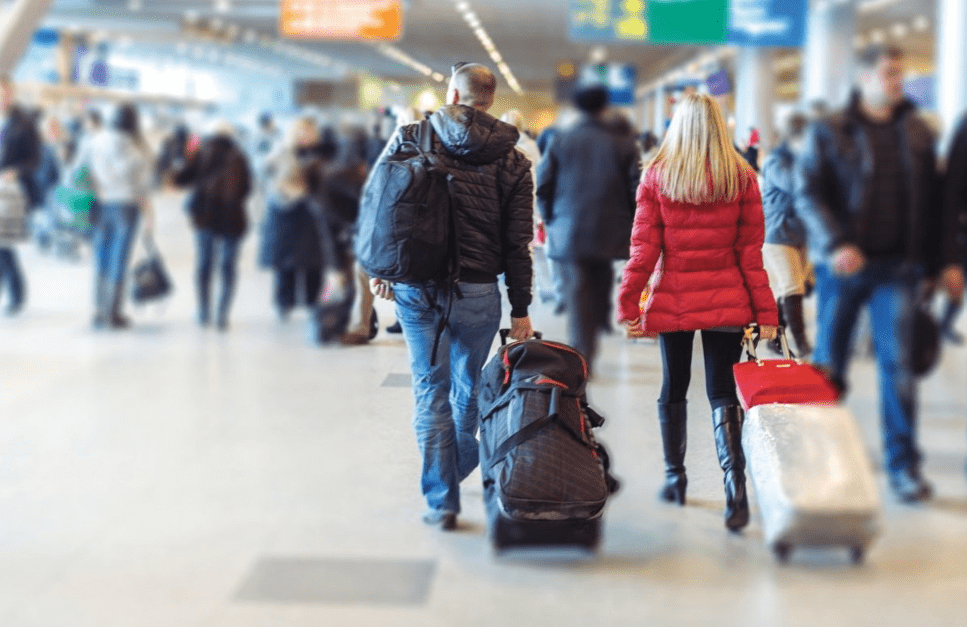 Revenue Management in the Spa Industry

REVENUE MANAGEMENT HAS BEEN STANDARD PRACTICE in the airline and hotel industries for decades, but the spa industry has been slower to embrace its principles. However, as the industry seeks to move beyond the impact of the COVID-19 pandemic and chart a course toward the future, there has never been a better opportunity to once again consider the merits of revenue management, its applicability to spas and its massive potential impact on the industry’s bottom line.

In 1978, The Airline Deregulation Act ended the U.S. Government’s control of airfares, flight routes and other aspects of the airline industry. American Airlines was ready. Since the mid- 1960s, the company had been conducting research to determine how they might maximize revenue from their inventory of flight reservations. Such planning is, of course, critical in the airline industry. Every time a flight leaves its gate with unfilled seats, the revenue those seats represent is gone forever, so ensuring that each flight is as full as possible is key to any airline’s financial success. When the Airline Deregulation Act was passed, airlines suddenly had the power to adjust fare pricing to reflect demand and alter flight routes to serve a greater volume of customers.

American Airlines recognized the opportunity inherent in this newfound freedom, and they took full advantage, increasing their profitability (and, crucially, offering flyers more options) by raising fares on flights during peak times and offering greater discounts on less popular or off-peak flights. The results were extraordinary. Fewer flights took off with empty seats, more customers were served and the company captured hundreds of millions—and eventually billions— of dollars’ worth of revenue that would have otherwise been lost.

This strategy of analyzing demand for a product or service and managing the pricing and availability of those products or services to increase revenue and better serve customers is all part of the practice broadly referred to as “revenue management,” and the airline industry is far from the only sector where it has been successfully applied. The hotel industry adopted the practice decades ago, and the spa industry has begun to follow suit, albeit slowly. Recent ISPA Snapshot Surveys indicate that nearly two-thirds (63 percent) of spas do not in any way adjust service pricing or availability based on guest demand.

The spa industry’s hesitancy to fully embrace the strategies of revenue management may be rooted in several factors, from the perceived— and actual—complexity of developing a revenue management system to concerns that guests will respond unfavorably to any such changes. Those concerns are certainly valid, but they can also be overcome through education and careful planning, which brings us to the point of the series of articles, starting with this one, that will appear in Pulse over the next couple of months: to demystify the concepts behind revenue management, assess its potential within the spa industry and help spa leaders determine how—or whether—to apply its principles to their businesses.

KEY TERMS AND CONCEPTS
Before any spa leader can determine the extent to which revenue management practices are a fit for their business, however, it’s important to have a thorough, accurate understanding of the various concepts that underpin revenue management strategies in general. The entries below provide the definitions of and distinctions between a number of terms and ideas key to developing that understanding.

PUTTING IT INTO PRACTICE
Understanding the concepts outlined above will make further exploration of revenue management much simpler. That said, a set of definitions is a poor substitute for a more comprehensive sense of how these concepts function in the real world, which makes the examples provided by other industries particularly illuminating.

Because revenue management as we know it today began with the airline industry (and because anyone who has purchased a plane ticket in the last forty or so years is already familiar with the concept on some level), it’s likely the best starting point for a more technical exploration of exactly how practices like yield management or dynamic availability might translate effectively to the spa industry.

Consider the illustration below, which portrays four distinct pricing and booking scenarios for the same 100-seat flight. Example A represents the maximum possible revenue that the airline can create on the flight, given the static $1,000 price point of each ticket. Ideally, the airline would sell every seat on every flight at the highest possible price. However, the realities of price sensitivity and fluctuating demand make it likely that, if all 100 seats on the flight were offered only at that higher price point, many—or even most—of the seats would remain unoccupied, as in Example B. In this instance, the revenue produced by the flight falls by 75 percent, likely due to its higher, static price point.

Example C illustrates how the revenue created by the flight may be affected if 20 seats are sold at the higher rate of $1,000, while the remaining 80 are filled by passengers paying a rate of $500. By offering this discounted rate (perhaps to early purchasers, bulk buyers or those who were flexible about when they booked), the airline could replace the
lost revenue from Example B with $40,000 that would have otherwise disappeared forever when the plane took off at 25 percent capacity.

Even if offering a lower rate for some seats did not result in a fully booked flight, as shown in Example D, the overall revenue generated by the flight is still far higher than it would have been if every seat had been offered to customers only at the higher price point.

The numbers may not be quite so clean and neat when airlines practice revenue management in real life, but there is no question that these strategies have had generated far more revenue for that industry than the old static approach. That said, an airplane is not a spa, and it’s more than reasonable to wonder whether the principles demonstrated by the example of the 100-seat flight are as good a fit (or a fit at all) for the spa industry. To answer that question, it’s best to narrow our focus to the specific strategies that are likely to be most useful for spas, specifically yield management.

ZEROING IN ON YIELD MANAGEMENT
Before any spa leader dives into planning their own revenue management strategy, it’s worth examining what characteristics make a practice such as yield management a fit for the spa industry in the first place. Though the answers to some of the individual questions below may seem obvious in some cases, think of them as a kind of checklist that allows us to definitively understand how different aspects of the spa industry impact a spa leader’s decision to employ a strategy like yield management.

Does the industry sell perishable inventory?
Massage appointments may not “perish” in the way that a loaf of bread or a banana does, but every hour that a treatment room sits empty or for which a service provider is not booked represents lost revenue that cannot be recovered.

Does the industry sell via reservation?
Though walk-ins are not unheard of in the spa industry, the large majority of spa treatments and services are booked via reservations made days—or even weeks or months—in advance.

Does the industry have the ability to price the same service at different amounts based on certain conditions?
Spas commonly have segmented customer bases—that is, customer bases in which different types of guests are willing to pay different prices for services at different times. A resort hotel that offers local guests discounted pricing during off-peak periods is just one example.

Does the industry have generally low variable costs?
Aside from fixed costs like initial construction and some administrative staff, spas’ variable costs, including treatment staff, retail products and room cleaning and sanitization are relatively low. This means that, if spas can increase utilization of their available inventory of service slots—even at lower rates—the effect on overall margins can be particularly positive due to a combination of a generally high gross margin per service and those low variable costs.

Is pricing a powerful driver of customers’ purchasing decisions in the industry?
In the spa industry, pricing has a clear effect on guests’ purchasing behavior. Because of this price sensitivity, spas can develop strategies that provide guests with lower-priced service options during off-peak periods as a way of driving additional revenue.

COMING SOON
After considering the questions above, it seems clear that revenue management strategies—and yield management in particular—are a good fit for the spa industry. But each spa within that industry is unique and applying these practices to an individual business requires a considerable amount of forethought and analysis. In the next issue of Pulse, we’ll explore the application of these strategies in spas specifically, including a detailed breakdown of how spas can use yield management to generate additional revenues without adding a single therapist or treatment room to the mix. We’ll also cover the considerations most crucial for spa leaders when determining how to approach developing their own custom revenue management strategy.

Click here to view the August issue of ISPA’s Pulse magazine, which highlights the merits of revenue management, its applicability to spas and its massive potential impact on the industry’s bottom line.”