Unique Study Shows That Greenery Is Essential To Happiness Globally 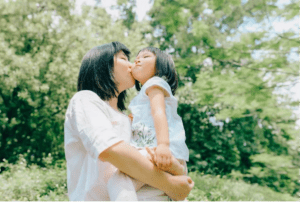 The greener the city, the healthier its people. That’s the conclusion of most studies on how urban green space (urban forests, backyards, parks, etc.) influences mental and physical health. But considering that a lot of this research has been done in wealthy countries, can we really say their findings are universal?

A new study in EPJ Data Science set out to answer that question by connecting the dots between green space, happiness, and life satisfaction in 60 very different countries across the world. Here’s what it found.

To do these kinds of nature and human health studies, researchers need maps of how green an area is and surveys or medical records on how healthy its constituents are. This data isn’t as readily available in poor and developing nations that don’t have reputable health care records or on-the-ground green space surveys, so these countries—and their citizens—are often left out of the conversation.

To bring more people into the fold, an international team of researchers gathered satellite imagery from 90 large cities in 60 countries spread out across the Middle East, Central America, South America, and Southeast Asia, as well as North America, Europe, and Australia. Taken during the summer, these overhead images gave the team a good sense of the green vegetation of every city relative to its population.

Next, the team compared this to each city’s average happiness score, as reported in the United Nations’ World Happiness Report, a standardized report that asks people around the world to rate their life satisfaction on a scale of 1 to 10. They also factored in every city’s wealth, as measured by its GDP, to see how that might affect the happiness of its citizens.

The team found that urban green space was positively correlated with happiness scores across the board, hinting that access to nature does indeed brighten people’s outlook on life—to a degree. Researchers note that the 30 wealthiest countries they surveyed had stronger correlations between green space and happiness than the 30 less wealthy ones.

This demonstrates that a high GDP can buy happiness, in a sense, but only up to a certain point. From there, people start to glean more happiness from other places, like their environment.

And there are many reasons that a green environment is a great one for health and outlook: It serves as a nice backdrop for exercise, provides an escape from indoor stressors like technology, and might even promote social ties and community. “Social support is the major component for connecting urban green space and happiness,” this new study reads.

These results support that adding and protecting green spaces in cities is a solid investment in public health, but it can’t replace more foundational development programs that prioritize job creation. This is an important reminder as we navigate the era of climate change, in search of solutions that can help both people and nature thrive.