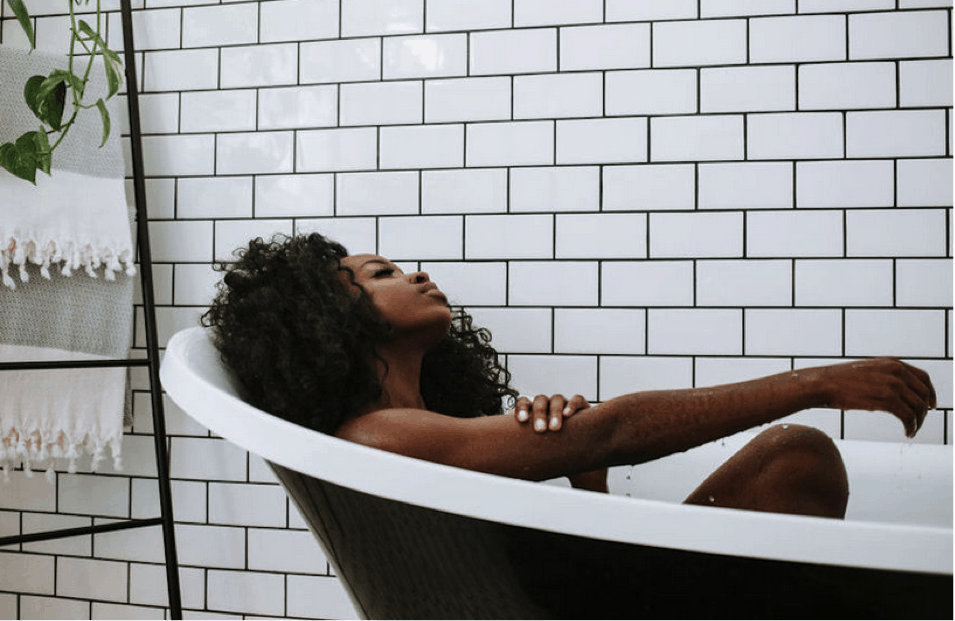 Take a five-minute scroll through your Instagram feed, and you’re bound to find snapshots of women’s toes peeking out from their bathwater, selfies modeling their latest face mask purchase, or a mini-altar decked out with enchanted crystals, candles, and incense—each image stamped with the #selfcare hashtag that’s been used over 18 million times and counting.

The term “self care,” defined as taking care of one’s own health and needs, hit a five-year high of Google search interest in November 2016 after the presidential election, and has been steadily climbing ever since. But the phenomenon has roots in something bigger than just one election. “Our current culture is so focused on productivity that we over-schedule ourselves from the morning till the night,” explains Jessie Borelli, PhD, associate professor of psychological sciences at the University of California, Irvine. “If left to our own devices, we probably won’t just naturally build opportunities for enjoyment or pleasure into our daily lives.” So we create self care moments and calendar appointments to force us to do these necessary actions.

“Emotional self care is key in my psychotherapy practice—acknowledging, labeling, and experiencing emotions is a big component to self care,” explains Julie de Azevedo Hanks, PhD, LCSW, therapist and author of The Burnout Cure and The Assertiveness Guide for Women. “It’s simply taking care of and attending to the different aspects of life—social, emotional, physical, mental, and spiritual,” she says. “Identifying feelings helps individuals identify what they actually need to do for self care.” With so few people able to access mental healthcare services—per the National Institutes of Mental Health, only 43 percent of the 47 million adults in the US living with mental illness received mental health services in 2017—self care may be many people’s sole outlet for wellbeing.

If brand marketing campaigns are to be believed, the biggest purveyors of (and believers in) self care are women. Beauty, fashion, and wellness brands in the $3.7 trillion wellness market are largely focusing their marketing campaigns around merchandise that promises to improve any self-care ritual (think Dr. Jart’s Summer Self Care Set or Lululemon’s recent “Lululemon Selfcare” skin-care launch). But there’s some truth in that marketing. According to a survey conducted by the app Shine, 79 percent of millennial women reported wanting to prioritize self care and mental health in 2019. Faced with the unique pressures of paid and unpaid work in and out of the home, women appear to be turning to self-care rituals as a sort of coping mechanism—but it’s not enough to truly compensate for the toll their burdens take. What if we lived in a world where our partner willingly split 50 percent of the housework and childcare? What if we could read a book in our free time or lounge in the bath for 30 minutes without feeling the need to justify “me time” by slapping the “self care” label on it?

The rise of self care as relief from the household burden

It’s 2019, and yet women are still taking on the brunt of domestic responsibilities, making their load uniquely burdensome compared to male relatives and partners. “Men haven’t stepped into the unpaid work arena as quickly as women have embraced paid employment,” says Dr. Hanks. Women currently make up 47 percent of the US workforce, and 73 percent of those women work full-time jobs. Yet, women are still spending up to 10 times more time than men on unpaid tasks including childcare, senior care, volunteer work, and domestic chores, according to a report by the advocacy group State of the World’s Fathers. In a 2019 study looking at 8,500 heterosexual couples, female partners did 16 hours of housework a week while men did around six. US moms are also spending 14 hours per week on childcare compared to dads’ eight hours per week, and 60 percent of the 43 million unpaid family caregivers are women, according to the AARP.

Often not counted in women’s domestic labors is their mental load—the effort required to arrange for childcare, plan meals, schedule doctor visits and school dropoffs, and all the other tasks required to keep a household running smoothly. The 2017 Modern Family Index, a survey of over 2,000 employed Americans commissioned by Bright Horizons, found that women are twice as likely to manage their households and three times as likely to manage their kids’ schedules than men are—despite the fact that, again, most women are also working outside of the home. The survey also found that women were also far more likely to volunteer at their kids’ schools or stay home from work when their child gets sick than men were. This extra full-time work at home, compounded with their own full-time or part-time jobs, led 52 percent of mothers to report feeling burned out from the dual weight of their responsibilities.

Even at work, most women have to put in more hours and effort to make up for the fact that they’re consistently paid less than their male counterparts. According to the Pew Research Center, “women earned just 82 percent of what men did in 2017, meaning it would take them roughly three months and 10 days of additional work to make the same amount of money.” The numbers are worse once you break things down by race—according to numbers from the American Association of University Women (AAUW), black women earned 61 percent of what white men did in 2017, while Hispanic and Latina women only earned 53 percent of what white men earned. Paying down student loan debt, saving for retirement, and handling unexpected life expenses and medical bills are that much harder to accomplish when you’re consistently underpaid—further compounding the pressure women face in their lives inside and out of the home.

Enter self care, which Dr. Borelli argues is our way of carving out time to meet needs that in previous eras used to fit into our daily routines organically. “An example is how we needed to create the idea of planned exercise because our lives had become so sedentary,” she says. “If we had exercise and movement built into our daily lives, we might not need to spend 30 minutes on the treadmill.” Consider the average woman’s exceptionally full plate: meetings and deadlines at work coupled with cooking, cleaning, picking up children from school and taking them to extracurriculars, juggling expenses and paying bills, pitching in to take care of a sick or needy relative. Where in that woman’s schedule would there be time to do things for herself, when she’s doing everything for everyone else? Scheduling in time for self care, whether it’s working out or even just taking a slightly longer bath, isn’t a frivolous act for her. It’s a necessity.

“I think self care seems to be more geared toward women because women are more disenfranchised and silenced in our culture compared to men,” adds Dr. Hanks. “Although it’s slowly changing, fewer women are in decision-making positions in government, education, and religion.” (Consider the fact that only 24 percent of the members of the 116th Congress are women.) With fewer female voices in positions to enact change, policies that benefit over-worked and underpaid women (such as a federal paid family leave policy or paid childcare plans) are harder to achieve, she argues.

Rather than throwing away our traditional self-care practices (because sometimes retail therapy really can help), Dr. Borelli says women should adjust their rituals to be even more effective in counteracting these additional burdens. “I don’t think these small quick fixes will wash away the residue of a week of stress. I think it’s more important to think about how to help people reduce their stress level in an ongoing way throughout the week,” says Dr. Borelli. She teaches her clients things like mindfulness techniques, diaphragmatic breathing, and progressive muscle relaxation, and encourages people to prioritize activities they find restorative, especially ones that remind them of their core values (social connection, for example), into their daily and weekly routines.

It’s also important that women encourage the men in their lives to participate more fully in the domestic sphere. “I call this a ‘partnership family,’ where care for the household and for family members is seen as a family responsibility, not just a woman’s responsibility,” explains Dr. Hanks. Getting your partner involved in father-focused organizations aimed at gender equality, like Men Care, can help, too.

Of course, there are so many bigger, systemic issues contributing to women’s overload that won’t be fixed with individual action. Access to affordable childcare, expanded paternity leave policies (or even a federal paid maternity leave law), and equal pay for equal work could all go a long way to lifting the burdens that women take on every day—but many of these things aren’t possible without policy and societal change. Presidential candidates like Elizabeth Warren and Kamala Harris have outlined support for actions like universal childcare and equal pay policies. Senator Kristen Gillibrand, who dropped out of the race at the end of August, introduced a gender-neutral paid family leave bill in February that has yet to be voted on. There is some consensus among Republicans that having some kind of federal paid family leave policy is a good idea—it’s gotten support from Senators Marco Rubio, Joni Ernst, and Mike Lee, amongst others—but as with many other policies in this most recent Congress, nothing has taken off.

There are no easy solutions to this burden—which is why self care, while certainly beneficial, isn’t enough to help women cope. Until bigger societal issues like the wage gap and lack of childcare support are addressed, until men step up to the plate and take on some of the burden at home, there will continue to be women looking for relief in their allotted exercise time, their pre-bed rituals, their bathtimes. Wouldn’t it be amazing if self care was indeed frivolous and fun, not life-saving? But that future, for many, likely feels far in the future.

Interested in revamping your self-care routine to truly be more effective? Here’s a step-by-step guide. And here are the most common misconceptions about depression that are preventing people from getting the help they need.